Rooting for Your Company

Last Saturday, I took my daughters down to Nike Park in Parma, Ohio to watch my co-workers play a softball game in the Cleveland Corporate Challenge. GMS played against Bucci’s Restaurant and won their first game, 13-12. (Yay team!) While I’m glad my co-workers won, I was even more impressed with something else I saw. 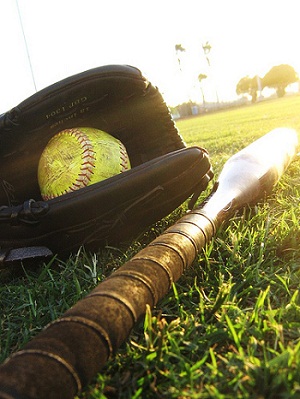 There were 16 teams playing in Saturday’s tournament. More importantly, there were more 160 players busting their butts on a day off from work—not just for their personal pride, but for pride in their company.

There are millions of people in this country who go to work every day to a job that they at best tolerate, but at worst hate. Living that way can be extremely life-sucking. I can’t imagine what it must feel like to get up every morning and go somewhere you don’t want to be, doing something you don’t want to do, with someone you don’t like.

I’m no Pollyanna. I know that not everyone can be doing what they love to do and I’m sure that many of the people playing on Saturday weren't in their dream jobs. Still, they were all there playing for their company and their co-workers. Why were these people happier than others who also may not be working where they want to work?

Quite simply, they are working for and working with people they liked. No job is rainbows and unicorns every day, but great employers:

Employees at these kinds of companies are the ones that happily spend a fun Saturday with the people with whom they spend Monday through Friday.

Hermes Cleveland facilitates the Corporate Challenge and has been doing this for years. The president of the company, Neal Neroni, lived next door to me at Bowling Green State University one year. We keep in touch, usually through 5K races in which my daughter and I run. I saw Neal at a race last month and we talked about the Corporate Challenge. He said that there were some 130 companies participating in at least a couple of events. It’s been growing every year.

The last few years have seen a tough economy, which has impacted work environments. This can take a toll on people and can make some of them disenchanted with their employers. In many cases, that disenchantment has been justified. However, I think that there are people working for at least 130 companies throughout Northeast Ohio that have it pretty good and aren't just happy with where they work, but proud.

Are you proud of your company? Tell us about it!